Report: Kaida Kagome's ties with Japan's Yakuza all but confirmed 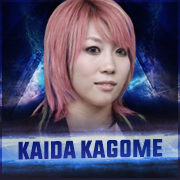