Profiles for Tag Teams and Factions can be found here! Both TWO player and ONE player tag teams allowed.
Post Reply
2 posts • Page 1 of 1 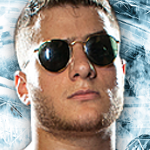 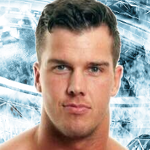 Ode To the Gentlemen - 0:35 - 0:50: Smith has one opponent in a backbreaker rack and as the other opponent is behind Smith, Danielson performs a diving double foot stomp on the opponent's chest in the backbreaker rack then jumps off the opponent's chest and then performs a diving splash, diving senton or a corkscrew moonsault onto the other opponent, as Smith hits a sitout backbreaker drop using momentum from the diving double foot stomp.


Gentilz Hom (Superkick-Plex): This combination move sees either Daneilson hit a superkick to the chin of an opponent who is being held in a belly-to-back position by Smith. Smith uses the thrust of the superkick to aid in executing a bridging German suplex or any similar suplex for a pinfall attempt. This could be used with either wrestler executing the kick and suplex.

A Few Good Kicks (Double superkick): A tandem attack where Smith and Danielson stand in front of an opponent and hit him/her in the face/head with a high, side thrust kick, known as a superkick. The move can also be performed on two different opponents at the same time.

Go ahead and put the team in enhancement talent as well as Danielson and Smith individually.