XWA celebrates the best that 2019 had to offer, as well as three individuals who have made a big impact on the company.
Post Reply
3 posts • Page 1 of 1

This thread is an in-character award presentation for the following Piledriver Award:

Which has been awarded to:

From here, your character can accept the award, in-character, on Massacre. How you choose to have them do this is up to you. Be as creative with it as you want![/i] 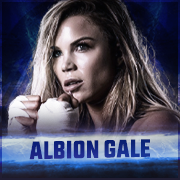 The scene cuts back up to the stage, where the lectern for award presenters is positioned next to a giant novelty Piledriver Award. There’s a bit of an awkward pause, as the fans wait for Bella to come out to present the next award, but at the exact moment it starts to seem like nothing is going to happen, “Burn” by Three Days Grace cuts in, skipping the static build-up and going right for the guitar riff. The lights go orange and red, and only a couple seconds pass before Kaji Fireson steps out on stage, getting a decent pop as he hasn’t been seen on camera since Legends--the fans who were there saw him, anyway--and hasn’t been physically at an XWA show since August of last year.

After a few seconds of smiling out of the cheering crowd, Kaji straightens his fire red suit jacket before walking over to the lectern, putting his hands down on the stand.

Fireson: No use playing coy on this one. I am here to present the award for Hero of the Year, and I don’t think it will surprise you who won. But before I point up at the big screen to show you the meters fill up, I requested this time specifically to talk to the fine patrons of the Battlezone.

I have a wife and daughter at home, and in six weeks or so, my little girl will turn ten. My tenth year was the worst one of my life, one where all the constants of my life up to that point were taken away. I desperately needed a strong role model, but I did not have one, and while I think I turned out alright in the end, there were a lot of times when it seemed like I wouldn’t make it out of high school alive.

I don’t want to bring this up to be a downer, but it’s context that I think will help. Here’s another anecdote. I debuted in professional wrestling December 18th, 2005, and the winner of this award was ten years old that day. I was still pretty fucked in the head then, so I’m hoping she found inspiration more in other people around me than me herself, but she watched me wrestle in the most formative years of her life.

Now Evelyn is turning ten, and while watching wrestling is absolutely not a required activity for her, if she does choose to, it is a great relief to me that there is a strong role model on TV for her to look up to. It is my great pleasure to present the 2019 Hero of the Year Piledriver Award to...

Kaji pauses to point dramatically up at the jumbo screen, and the icons of Jace Albright, Minka Carter, and Albion Gale all appear. Bars start extending outward representing each nominee with dramatic music building as background noise along with the graphic. Minka’s stops first about a third of the way, then Jace’s stops about two-thirds of the way, and Albion’s extends all the way to the right-hand side!

There’s a crescendo, and then “Invidia” starts playing over the PA system. Albion is not dressed in a shimmery silver dress like she was last year. She’s about to have her match with Lady Starfire, so she’s dressed in her black trenchcoat. She is smiling as she walks out to accept the trophy from Kaji, but it is not quite as bright as it was last year. Whether it’s because of her imminent match or the recent blows she has suffered at Legends and abroad is up to the viewer to decide, but she is still gracious as she takes her place behind the lectern.

Gale: It felt like I spent all of last year struggling against the darkness, and while I did not come out as the ultimate victor, I believe I have done more good than harm. Between Jace and I, the O’Connors have been soundly blocked from the Supreme Title, and we have not heard anything from them since Not Dead Yet, a small blessing I will gladly take.

I can’t stay out here talking long, as I’ve got to get ready for my match, but before I go, I want to reiterate a point I made at last year’s award ceremony.

Gale pauses a moment to look directly at Kaji, who had stepped off to the side.

Gale: You were definitely at a low point when I saw you first on TV, but don’t sell yourself short. You fought your whole career to break free of the person you had become, and to improve the wrestling industry around you, and that is a life’s work that cannot be overlooked. I have seen firsthand now what it looks like when someone tries to bring out the worst of this business for their own gain and no one else’s, and win or lose, the fact that you struggled against that in a sea of selfishness is more inspiring than you know.

“All that is needed for evil to win is for good to do nothing.” You fought for a decade to make sure that at least one good man was acting, and so long as I am above ground, I will act as a beacon for those who are unsatisfied with the easy way out. The fight will never be over, but as long as we fight, the battle can never be lost.

So to Evelyn and all the other girls and boys who may be watching right now, looking at the state of the world and despairing, take heart. You may not know it, but your actions can inspire positivity in those around you without you even knowing. Don’t give up...if for no other reason than that’s exactly what they want you to do.

Albion winks at the camera at that, and then “Invidia” starts playing again, prompting mentor and mentee to walk back through the curtain. Before the camera cuts away, Albion is heard on one of the ambient mics:

Gale: Whatever happened to Sakura?
Top

This was really good for what it was. Dialogue was very well-written, it was short but to the point and fitting of the award. I enjoyed it.
Top
Post Reply
3 posts • Page 1 of 1