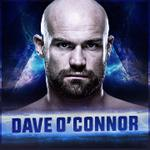 The night starts backstage where we see both Alissa and Dave O’Connor in street gear arriving at the arena where Laura Stark stands with a microphone in hand, as she sees them both walk by she interrupts them.

Laura: Hi Alissa and Dave, I am here to first of all congratulate you for the win in the previous edition of Massacre. It was hard and bloodied match, how are you feeling after that?

Alissa flips her hair back and in a very calm voice, unlike last week’s outburst during the match.

Alissa: Why thank you Laura, first of all I would like to say The Ko… something, Kid was a not what we expected he gave Dave here a very hard fight and even if things went bad for him we expect that he recuperated quickly from the match and can give a good fight tonight.

Laura: People are saying that The Kotzebue Kid was more deserving of the win and that you stole it form him.

Alissa obviously gets annoyed by this question.

Alissa: I do not know what you are talking about, Dave fought hard and given his experience in a fighting ring he out fought the… Katzabune? Kid and got a 3 count after he obviously found a way to counter all the basic moved that kid threw at him.

Laura: Tonight Dave has a fight against Albion Gale who is one of the best wrestlers in the company to this day for the Television Championship none the less, what are your thought on this?

Alissa: We would like to thank Bella Quinn for arranging this match, she promised Dave championship matches as she was very intrigued about my man’s talents. She even said that she knew we were the next big thing in XWA.

Laura: But what are your opinions about Albion Gale, she is a woman who has wrestled the best of them and came out on top. She’s a woman other wrestlers say they do not know how you can prepare for her since you don’t know what Albion will you fight.

Alissa: That’s the problem, you’re talking about wrestlers and not fighters. We are real fighters, not pretend fighters, she has only seen my man fight once and she does not know what we bring to the ring. She is expecting a wrestling match but we will teach her what a real fighter can do.

Alissa’s face starts to get excited.

Alissa: Her face will turn red from the blood she will spill and the ring will turn into a pool of blood and tears as she sees her championship slip away, but in the end it does not matter what personality we fight because Dave is a god, a fighting machine, he is THE MANIAC! She better be ready to fight someone who is as relentless as him because he will never give up, her pretty face will be destroyed by the machine that is my man and in the end she will go to XWA 500 with a broken body and no championship.

Alissa’s face returns to a calm state as she stares back at Laura Stark.

Laura: Well that was a colorful image, thank you Alissa and Dave.

Alissa: Glad to answer all your questions.

Alissa and Dave walk backstage to prepare as Laura stares at the camera and says.

Laura: That was eye-popping to say the least, so with nothing more to say ladies and gentlemen… welcome... to XWA Massacre!!!

Return to “Massacre #45: Back From The Track”