The Guys With Masks

Profiles for Tag Teams and Factions can be found here! Both TWO player and ONE player tag teams allowed.
Post Reply
1 post • Page 1 of 1 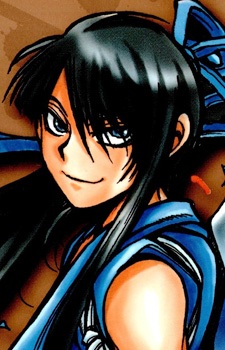 The Guys With Masks

TEAM NAME: The Guys With Masks
MEMBERS: Giselle von Wolf
Black Dragon
T.K.
COMBINED WEIGHT: Giselle & Dragon: 408 lb.
Giselle, Dragon & T.K.: 663 lb.
ALIGNMENT: Face
GIMMICK: The Guys of Masks are a group of friends, largely brought back together by the fact that there's not a drop of actual sanity between the three of them. Having met while on semi-retirement and decided that they wanted to team up or something. They wear masks, except T.K., that’s the gimmick.

WRESTLING INFORMATION
STYLE: High Risk/High Impact
TACTICS: Depending on the who is teaming on what nights, the style of wrestling can vary greatly. The most in sync pairing is Giselle and Dragon due to experience working with one another, as well as Dragon's calm demeaner countering Giselle's recklessness. Alternatively, the most volatile pairing is T.K. and Giselle due to T.K.'s quick temper and ego causing him to compete with his German ally in the ring. While powerful, the two are very open to mistakes as a result of their own actions. Finally, Dragon and T.K. are a balanced team, however years of hatred don't leave easily, and the occasional misunderstanding can cause issues mid-match.

As a trio, the group is at its strongest, as it has Dragon to counter the crazy and tempered ones, and Giselle keeps the brothers from bickering.
FINISHER (MAIN) Black Dragon hits the To Hell You Go [either variation works], followed quickly by Giselle's Fahrtwind 630 Senton.
SIGNATURE MANEUVERS:
COMMON MANEUVERS: