Profiles for Tag Teams and Factions can be found here! Both TWO player and ONE player tag teams allowed.
Post Reply
1 post • Page 1 of 1

GiggityGopher
Lord of the Ring Participant 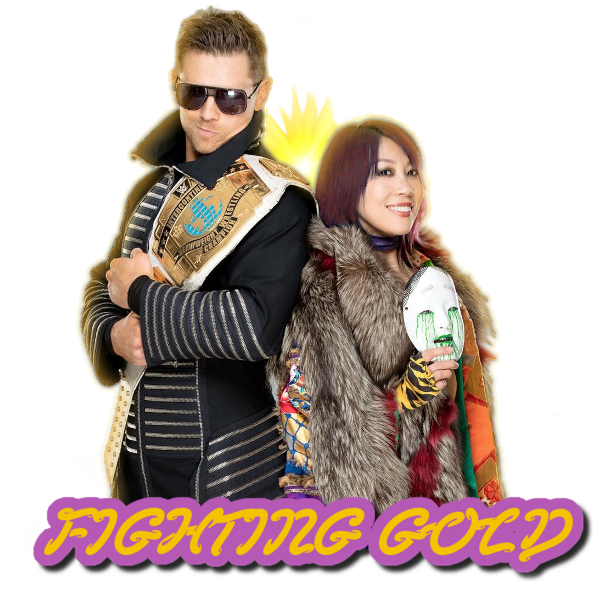 BASIC INFORMATION
TEAM NAME | Fighting Gold
NAMES | Kaida Kagome & Joey Miles
COMBINED WEIGHT | 332 Lbs
ALIGNMENT | Neutral (Leaning Face)
GIMMICK | Shortly before XWA No Man's Land, Joey Miles declared an open challenge on Massacre #28, looking to pick up some easy momentum before his first shot at the Supreme Championship. Unfortunately for him, Kaida Kagome decided to answer the open challenge, debuting a week early after she was announced for Massacre #29. To Kaida's delight, their impromptu match filled her with the adrenaline she was looking for when she signed with the XWA. When the first-ever No Man's Land match concluded, however, it was LX-Tim who walked away with the victory, shocking Kaida after she was sure that Joey Miles would be the one to win it. After a few weeks, Miles asked Kaida to let him "become a Yakuza", and despite the logical answer to such an absurd request being a simple "no", Kagome accepted, going off her hunch that Joey Miles has much more to offer than what we've seen from him. However, there was a catch: she demanded that he prove himself to her, and when the time came for Miles to put up or shut up during their debut match as a team, he passed the test with flying colors when he forced Angelica Vaughn to submit, securing the vacant XWA World Tag Team Championships. With that, Kaida realized that she made the right decision by letting Joey align himself with her, despite the fact that everyone in the Gokudo's "Kagome Family" warning her that it was going to be a mistake. With the tag titles secured, this unlikely team looks to begin a winning streak that won't be broken for a long time to come, with Kaida stating that she "felt nothing but pity" for any team that is unfortunate enough to find themselves facing off against "Fighting Gold".

Return to “Tag Teams and Factions”