The first steps of your XWA career begin when you post your profile here! Once it's been approved, your profile will be moved to the Roster section! (NOTE: You may copy/paste your profile from another fed here so long as your move-set is detailed.)
Post Reply
1 post • Page 1 of 1 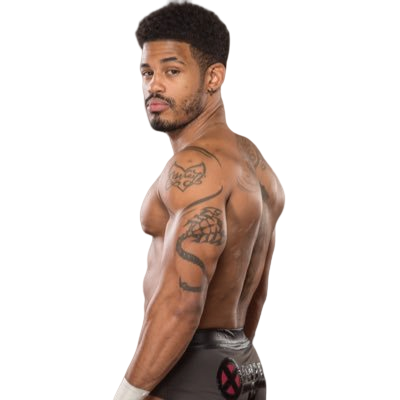 NICKNAME(S): The Archangel, The High-Flying Angel, The Airborne Wrestler, The Risk-Diving and Defying, The Aerial Artist, The Man Without Gravity

XWA DEBUT: Did not debut as of yet.

• Death From Above (Elevated Sit-Out Powerbomb)

• Pop Up Sit Out Powerbomb

• Springboard Moonsault to an Inverted DDT

• Rebound Back Handspring to a Swinging Tornado DDT

None as of yet. 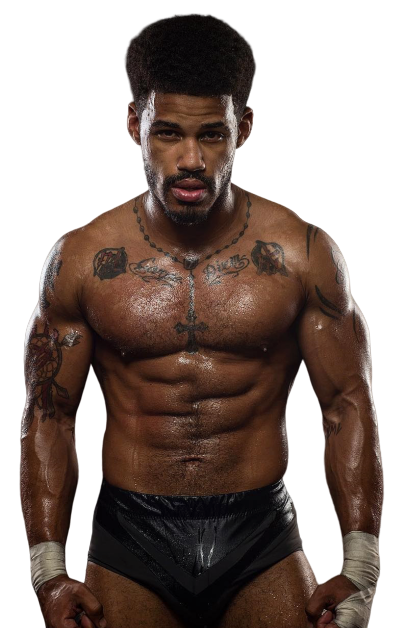 From time to time Jay Angel's attires would be based and inspired by comic book superheroes he read growing up; well-known heroes varying from DC Comics to Marvel, even with the exception of anime characters on Shōnen Jump Magazine from acclaimed and popular series' such as Dragon Ball, One Piece or Naruto. Occasionally, Angel's attires would be based on hometown sports teams. Having the colour scheme of that specific sports team colours on his tights, as well as wearing the team's jersey as he performs at the same city the certain sports team plays for.

SIDENOTES:
• Jay Angel has gained much viral attention on the independent wrestling scene. Making himself known for his jaw-dropping mastery displays of high-flying offence, athleticism, explosiveness, cat-like agility, and a devastatingly awing 630° Senton that he dubs as the “Fallen Angel”.

• Jay Angel began and cemented his reputation in Mexico, learning the técnico (good guy) style of Lucha Libre wrestling before travelling to Japan to learn Japanese Lucha Libre, as well as being trained in North American Lucha Libre; training almost everywhere internationally as a high-flyer and adopting many high-risk aerial maneuvers from various styles of wrestling. Despite being trained abroad, Angel was first trained and learned much about wrestling from his late uncle.

• Angel prefers to fight "clean" and fair, as well as not to force himself to use a weapon of any kind against his opponent—only if necessary, however.

• Even though Jay Angel will spend most of his time in the air attacking his opponent with awe-inspiring leaps and assaults from the sky, he is not afraid to get his hands dirty and get the best of his opponent at a technical standpoint. Angel can twirl through the air from dizzying heights to get the better of his adversary, but he could get the better of whoever his opponent is with hard-hitting strikes, tightening holds, contorting submissions, and fierce-handed grapples as well.

• Before Jay Angel got into professional wrestling, he was an extremely talented all-American athlete for the sport of basketball where he played as a point guard and shooting guard for his high school varsity basketball team. Angel was highly regarded as one of the best point guards in the nation. Many even claim that he could have gone on and been very successful in college and even in the professional league, but his heart lied in the realm of sports-entertainment instead. Additionally, Angel also has a background in gymnastics, parkour and freerunning.

• Jay Angel positively exudes with charisma that many take notice of, and he thrives off of competition since he loves to challenge himself to be the best that he can be in the face of overwhelming opposition. He strives to uphold honour and integrity in the squared circle and is also noble in his approach to the sport while his credited skilled refinement shines through. Although, with many uplifting characteristics, Jay's bold confidence and ignorance can get the best of him. Falling short to underestimate his opponents and undermine what his adversaries can be capable of. Although, Jay never backs down without putting up a fight; even if it means putting his own body on the line.

None as of yet. 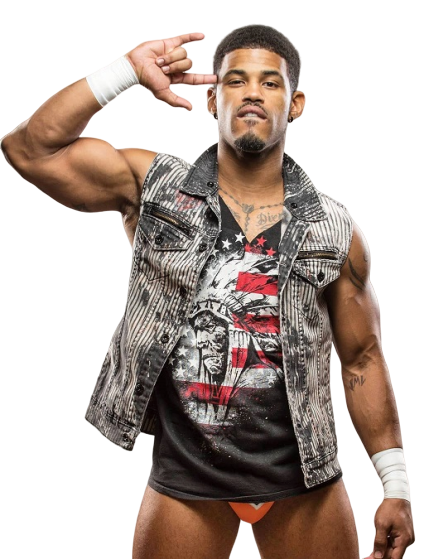 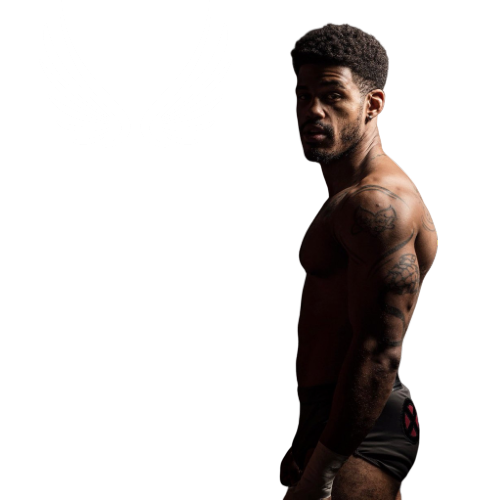