You might think it all ends when the last bell rings, but not in the XWA! This is your first stop to post promos, interviews and character development featuring our stars that is NOT for a current show.
Post Reply
1 post • Page 1 of 1 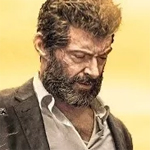 The video from XWA's official YouTube channel begins as it fades into one of the locker rooms contained in the Etihad Stadium, surrounded in silence as the venue prepares itself to be later filled up with the sounds of the action, drama and reaction that only the XWA could deliver on a show of this scale. The camera swoops over to XWA's resident special events interviewer, Holly Hunt, standing with her mic at hand, ready to deliver yet another exclusive backstage scoop to followers across the world. As she begins, the camera swoops a little more to the side to reveal she's not alone. The cameraman realises it's not enough, moving upwards to reveal the giant that is the Oakster stepping himself towards the relatively shorter broadcaster, eagerly wrapping his wrists with black tape.

Holly: Thank you, I'm here backstage with the Blood Red Sandman himself, the Oakster, who in a short while will be making his return to the ring in our opening match for Legends. Oak, thanks for giving us the time to talk.

Finishing taping his hands, Oak tilts his head and gives a friendly smile at her as she moves the mic towards him.

Oakster: Not a problem, Holly, any time.

Holly: It's been a few months since we last saw you on Massacre competing in the Lord of the Ring tournament. Unfortunately for you, the second round was not kind where you were both eliminated and put on the injury list for four months. How are you feeling coming back from all that?

Oakster: Let me tell you, Holly, when I first came out from the back and into that ring last summer, it was an absolute blast once again to be in front of all of those fans who still remember me and giving this old man their full support. I'm just eternally grateful for you guys giving me that moment.

The Brit drops his head as he reflects on the moment.

Oakster: That was all great ... but then, you know, I actually had to compete in a match!

Shaking his head, he begins to chuckle a little bit.

Oakster: Was there any ring rust in those matches? You bet your arse there was! First round I had my face kicked in and could barely think near the end, second round, I got kicked again this time off a bloody balcony! There was not one match that didn't end with medics wanting to carry me out despite my protests! But then again, this is the profession I chose to be in, I'm a fighter. Every day is a fight for me where quitting is never an option. I fought it out to the bitter end for those matches and whilst I was eventually given a medical suspension by Bella Quinn, I've spent the last few months rehabbing myself just so that I can get back into that ring again. Anyway, last month, I got the best birthday gift I could ever ask for. Went to the doctor's and low and behold, I was cleared and given the go-ahead to compete again! Totally made my day.

Holly: What made you choose to return to Legends XX?

Oakster: Well, for me it was a no-brainer. There was just one show this time of the year that I could ever choose to compete in ... home. Yeah, the biggest show of the XWA year with over fifty thousand in attendance right here in England and you're saying not one Brit is going to get booked on this card? Never! I got my start here and tonight, I'm going fly that flag for this great nation I was born and bred in and give the fans the start of a show to remember.

Holly: Tonight, you're going to be facing Lx-Tim, the former Supreme Champion, fresh off his return win at XWA On a Boat against his cousin, Grandeza. You've been given quite the opponent, someone who has main evented this event the last two years, on what is effectively your pay-per-view debut here. Any words you like to say about the matchup?

Oakster gives a slightly started stare at Holly following the question, almost feeling like she had already given her pick for the match. Not wanting to stoop to a level of criticising the reporter, Oak ignores the bias and moves himself towards the cameraman and looks towards the camera as a surrogate for his opponent, pointing towards it.

Oakster: Timothy, Timothy, Timothy ... I've heard so much about you. The 2WWF, the EWI and all those other promotions over the years ... and that's not to even mention your time here in the XWA. Sure, I might not agree with every single action you've done standing in that ring, but I can't deny the fact you're certainly guaranteed an XWA Hall of Fame ring around your finger in no time. And to be opening the twentieth Legends event with a tango with you, it's nothing but an absolute honour.

Showing his respects for the Puerto Rican superstar, Oak smiles in approval. As he continues to speak, the amicable look starts to fade away, each word beginning to sound more aggressive than the previous.

Oakster: Now I also know why you're here; you feel like that Supreme title never left you in the first place and that in your heart everybody else this year have been nothing but interim champions. And I know that you want to get that title back around your waist as a thank you gift to each and every one of those fans who pay good money to see and cheer you on and at the end of the day, that's what the optimist in me wishes everybody in the locker room could be here for. But take my word, Tim, don't think for a second that this is an excuse for me to lay down on the mat for you just to get the quick one-two-three as a stepping stone. No, I hope you appreciate that we're in the same business and tonight, I'm going to give every drop of blood and sweat in my body to get that victory and I dare you to do the same. These fans have come to see a show called "Legends", let's give them what they want. Legends. The King of the XWA. The Blood Red Sandman. The Latin Extremist. The Extreme. Lx-Tim. The Oakster. You want to make some history, mate? Let's start this show off with a bang with some goddamn legends!

Without bothering to thank the interviewer, the Oakster gruffly walks away eager to get himself ready for the match. Holly can only stand there and look at the cameraman, ready to close the interview as the video fades to black.

Return to “Beyond The BattleZone”