Profiles for the XWAers who have captured the imaginations of all of us and earned a spot in the Hall Of Fame can be found here!
Post Reply
5 posts • Page 1 of 1 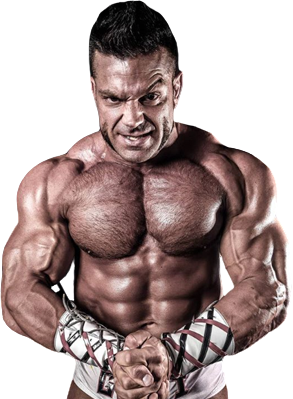 BASIC INFORMATION
NAME
Jerod Barnez
HOMETOWN
Detroit, Michigan
NICKNAME
“The Descendant of a God”
"Supreme" (Prefixing His Name)
DATE OF BIRTH
September 2nd, 1989
HEIGHT
6'6"
WEIGHT
291 Lbs
ALIGNMENT
Heel
GIMMICK
He loves to hear himself talk and show off as much as possible. During matches, when everything’s going his way, Jerod will often-times showcase something absolutely unnecessary simply because he can, as a way to remind everyone of just how good he is. The one thing Jerod despises is feeling like he isn't being given as much respect as he thinks he's earned, going as far as spiraling into fits of rage when he feels disrespected. Of course, how much respect he thinks he deserves and how much he actually deserves are two different things. Jerod has accomplished a lot in a little time and is very talented, but he considers himself to be, unquestionably, the best wrestler to ever live - a claim that's very hard to live up to.

As Busta Rhymes' verse in the Southpaw Remix of "Beast" begins, Jerod Barnez pops out from behind the curtain with his hands held high in fists. Sporting his in-ring attire, entrance shirt and a pair of black sunglasses, Jerod stands at the top of the stage, keeping his hands up for a few seconds, until the yells of being a motherfucking beast are heard again, before bringing his arms down, as a grin comes across his face. "The Descendant of a God" begins his march to the ring, while he bobs his head along to the music.

As Jerod makes his way down the ramp, he tends to focus on the ring, but he occasionally interacts with fans, sometimes to disrespectfully taunt them, other-times to point out ones wearing his merchandise. Once having reached the ring, Barnez walks up the steel steps and then enters through the middle and top ropes. Inside, he heads to the nearest corner of the ring and ascends to the middle rope, proceeding to raise his fist once more, still smirking arrogantly as he does so. Barnez drops back down to the canvas and takes off his sunglasses, nonchalantly tossing them out of the ring, never to wear that specific pair again, before pulling off his shirt and tossing that as well.

APPEARANCE INFORMATION
PICTURE BASE
Brian Cage
GENERAL DESCRIPTION
Jerod is tall, albeit not as tall as his father, and very well built. He has full sleeve tattoos on his arms in addition to a big tribal tattoo going down his back. He's got short, spiky, dark brown hair and his facial hair varies from stubble to a somewhat thick beard, while occasionally a styled goatee.
ATTIRE
Black pants with Jerod's logo on both sides and trim at the waist; black, shin-high boots with colored soles and laces; black elbow pads with the word 'Beast' written on the back of each; black forearm-length fingertipless gloves; black sunglasses during entrances only; black sleeveless shirt with Jerod's logo during entrances only; secondary color [for logo, text, trim, laces and soles] varies between red [most commonly], blue, green, purple and gold

WRESTLING INFORMATION
STYLE
Jerod is known for his immense strength. Although not as a big as some other ‘big guys’ in the wrestling world, he’s still a very built man and his feats of strength tend to amaze. Despite his size and strength, Jerod is also quite an agile competitor. He’s capable of pulling off athletic moves in the air. He’s also a brutally stiff striker, generally preferring to utilize his elbows and knees over other body parts when it comes to strikes. For as talented as he is in the ring, Jerod wants to make sure everyone knows it and he’ll often-times try to show off in matches by pulling off unnecessarily athletic maneuvers. This can occasionally come back to bite him if his opponent knows what they’re doing.
FINISHER (MAIN)
Gore
SIGNATURE MANEUVERS
Avalanche German Suplex
Deadlift German Suplex
Detroit Crab [Giant Swing transitioned into a Boston Crab]
Detroit Lock v2 [Stretch Muffler]
Detroitplex [Superplex carried over into a Brainbuster]
Discus Elbow/Lariat/Punch
Double A Spinebuster
Double Jump Moonsault
Military Press Drop/Powerslam/Spinebuster
Running Powerbomb [Generally Into The Corner]
Running Somersault Leg Drop
Stalling Suplex [w/ Squats]
Suicide Senton/Topé con Giro
Toss-Up Sitout Powerbomb

Plus, I changed the white text to black, so it's easier to read on the new skin. And added a match history.

Did some updates to this, including changing the layout. I'm gonna be using Jerod instead of Logan, since I can't really find any motivation for the Logan character.

Updated for a 2021 return. Mainly just a picbase change to the far more fitting Brian Cage.