Profiles for the XWAers who have captured the imaginations of all of us and earned a spot in the Hall Of Fame can be found here!
Post Reply
2 posts • Page 1 of 1 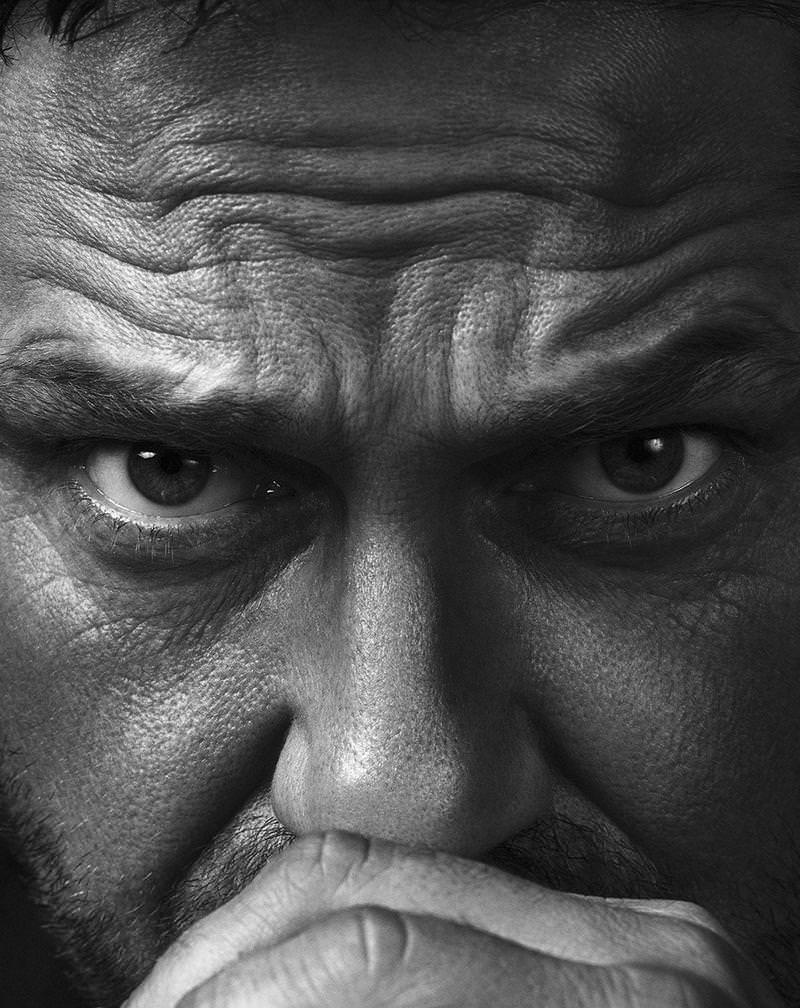 
Biography:
Born in Toronto, Canada, Smith Jones is a proud Canadian competitor! Smith made his pro debut in October of 2010 in a company called Xtreme Hardcore Wrestling. A real heel from the very first day, he instantly put the wrestling world on notice by injuring the XHW X-Core Champion and taking the title for himself. He coined the phrase "acting X-Core Champion" and held onto the title for six months defining the X-Core division and keeping the title in the spotlight. So much so that when he suddenly announced he was moving to the United States division in XHW, the decision was met with much resistance and doubt. Smith went on to redefine the United States division when he captured the XHW US Championship in 2011. Once again, Smith's name became a symbol of what the US Title should stand for and set it apart not only from the X-Core Title, but from every title in the company. Smith would be XHW US Champion for four months. These accolades helped him win XHW Rookie of the Year in 2011. Smith's most notable feuds from those days were against guys like Leon Washington for the X-Core belt and Mike Hoss for the US Title. His memorable romantic interlude with the stunning and alluring white-haired and dark-eyed Succubus captured the attention of the fans, the locker room, and the office. Their fiery interactions won them Storyline of the Year 2012, Feud of the Year 2012, and won Smith an unprecedented second consecutive XHW Rookie of the Year!

After leaving XHW for creative reasons, Smith Jones suddenly appeared in Premium Championship Wrestling ready to deepen his experience and see more of the wrestling world. Smith's most famous strides in PCW involved his year long obsession with the PCW Broadcast Championship. Utilizing hashtags like #Broadcast and #occupyBroadcast, Smith was strictly committed to the pursuit and acquisition of the Broadcast Title. He held the Broadcast Championship for three and a half months before being defeated by Bryan Striker. Not long after losing the title, Smith would become involved in the biggest rivalry of his career to date. Brytain Montgomery (Rollins) and Smith Jones had instant chemistry in the most destructive, abusive, and symbiotic of ways! Their battles inside the ring as well as outside the ring and outside the arena were instantly classic moments that will bind the two of them together like no other experience could. Smith's obsession for the Broadcast title continued as Brytain also became interested in the same prize. The feud would heat up when Smith Jones joined forces with an unlikely young woman named Mya Denton. Smith and Mya called themselves S&M. Their sexually charged rampage brought new, dark angles to the feud with Brytain. Jones was willing to do anything, use anyone to get the Broadcast Title back! Brytain did things like blow up his white limo and burn the belt to ash in front of his eyes; S&M beat her to a bloody pulp and cut off her hair. Smith also kidnapped Brytain and dumped her in the street in the middle of the night. The Smith/Brytain feud would come to a head at PCW’s last event, Anarchy, in December of 2013 inside the Cage of Death. Controversy abounded as Smith would leave Anarchy as the very last PCW Broadcast Champion. That was the end for the Brytain/Smith feud... Or was it?

After PCW closed its doors, Smith signed up with the Xtreme Wrestling Alliance and won the XWA Television Championship from Danny Diamond in his second match! Smith once again defined the title as a symbol of hard work and active skill, insisting that he defend the title on every single show. While working in the XWA, Smith Jones also signed on with Platinum Dynasty Wrestling. Smith left the XWA suddenly in early 2014 to focus on his career in PDW and continuing his long-term, multi-fed feud with Brytain Montgomery. Smith never quite felt at home in PDW and found himself yearning for XWA when PDW folded in mid-2014.

Never one to miss a beat. Smith shocked the XWA when he showed up at Legends ‘14 in London to declare his desire to return and take over the XWA. Smith had a lot to prove to those who were upset to see him leave earlier in the year. Smith’s dedication and focus have been evidenced show after show as he has vowed that he will never stop. Armed with a new attitude and a more pure set of values, Smith Jones has ascended to Main Event status in the XWA and won the Lord of the Ring in January of 2015. Smith has beaten some tough XWA talent including C5 Ion, Ace Andrews, Giovanni Moriello, Drake Dysfunction, Dan Bennett, Declan James, Razer, Laurel Anne Hardy, Tempest, and AJ Morales.

Smith also worked in the EWC for a while. Much like many times in his life, he didn’t seem to quite fit in and it never did feel like a good environment for him. After taking eight months off from televised ring action, Smith became the Heritage Champion in Sin City Wrestling and made his very own white leather and silver version of the belt, carrying it proudly and defining it as a working man’s championship. Tempted by the chance to represent his home town on the world stage, Smitty joined Toronto based Empire Championship Wrestling in early 2017, going on to become their second ever Empire Champion. Shortly after losing that title, Jones chose to leave the company.

Now back in the Xtreme Wrestling Alliance, Smith is focused on his in ring career and is setting himself up for a bright future. He won the XWA Television Championship at Legends 2017 and held it proudly for one hundred two days.

People seem to like Smith's brutal honesty and take-no-shit attitude and while he doesn't welcome social interaction, he can't help but enjoy the supportive reaction he's been getting from the crowd these days. He can be a bit creepy and he is definitely a loner, so good luck making friends with him. Smith has been accused in past of being a conspiracy theorist, but he prefers the word ‘realist’. You be the judge.

Entrance Attire > Flanked by two large riot cops, Smith wears an expensive white full-length robe with sparkly silver trim. It has 1'm embroidered elegantly across the back of it.

In ring > White patent leather boots with silver embroidery that reads Smith on the right boot and Jones on the left. His white trunks have 1'm written on the back. He also wears white wrist tape. Over his left elbow is a long, gray neoprene sleeve; suspicious to some.

Out of ring > Jones most prefers to wear suits.


Board Picture Base: Gerard Butler


Wrestler Stats
(Each Wrestler begins with 46 points to spend on their "stats". These scores are for roleplaying purposes only and are meant to be used to give other players and the Admins a way of gauging how fast/strong/quick each wrestler is compared to other wrestlers. These scores have NO affect on voting or booking decisions..)

Point of Controversy:
Backstabber to the neck

Tragic News:
Flapjack into stunner to the leg; meant to hyperextend the knee on impact

Gravitas:
Second Rope Knee Drop to the back of the head
(used occasionally in big ticket matches)

Bridge Over Troubled Waters: Bridging Overhand Wristlock on the mat
Not To Fifty: Kneebar
Sleep Paralysis: Release Dragon Suplex against the middle turnbuckle
Spilled Milk: Slingshot Brainbuster
The System: Crossface Chickenwing with body scissors
Take it Home: Belly-to-Belly Suplex against the turnbuckles, ring post, retaining wall…
Tomorrow: Suicide Dive through the ropes to the outside
The Unexpected: Spinning Back Elbow using that suspicious gray neoprene sleeve on his left arm; extremely effective

featuring:
The Crestfall: Picture Perfect Top Rope Diving Moonsault to a standing opponent; knees are tucked before impact to the upper body!

W
Lord of the Ring: The Final (New York, NY - Aug 2018)
One on One for the Very First Time!
Smith Jones vs AJ Morales
Winner: Smith Jones

W
Massacre #19: The Gods Must Be Crazy (Johannesburg, South Africa - Sep 2017)
Main Event One on One
Smith Jones vs The Jester
Winner: Smith Jones

W
Lord of the Ring Tournament - Round Two (Moscow, Russia - mid July 2017)
One on One
Smith Jones vs OOKAMI no Chi
Winner: Smith Jones

W
Lord of the Ring Tournament - Round One (Tokyo, Japan - late June 2017)
Smitty versus a returning Hall of Famer
Smith Jones vs Rose
Winner: Smith Jones